3 lessons I’ve learnt after my second year at Monzo 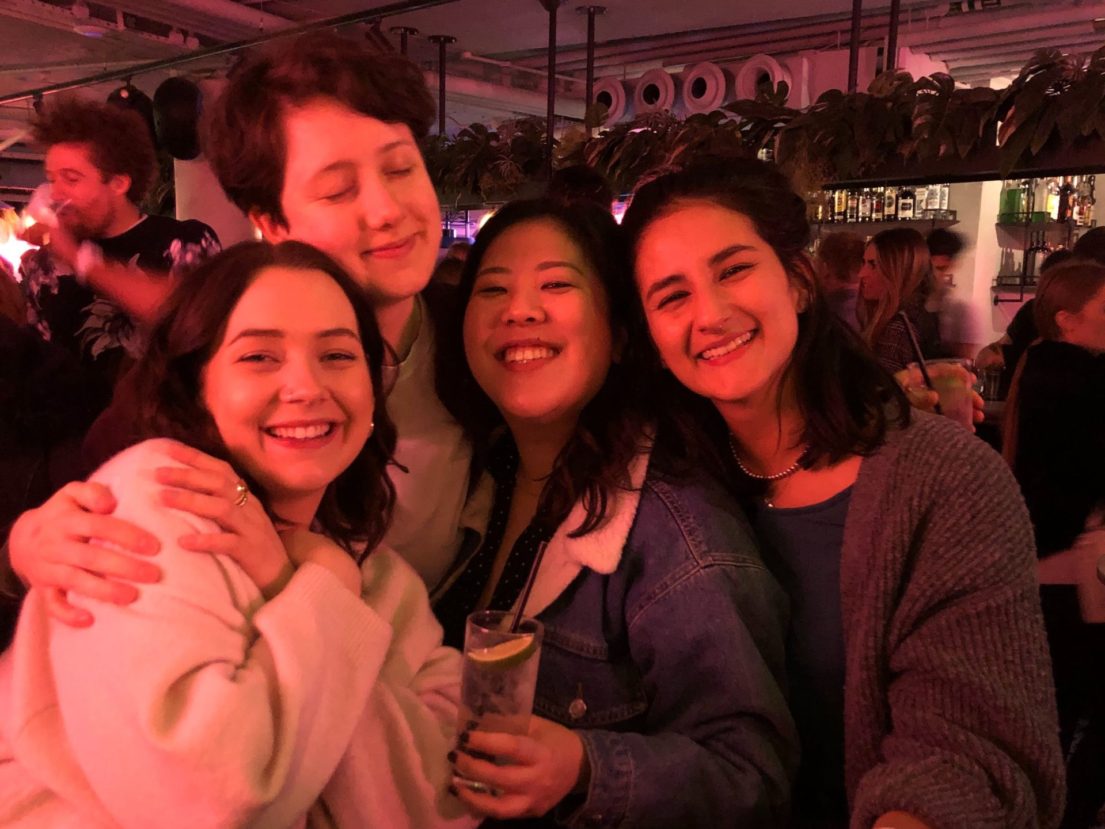 Hello again, wonderful people. It’s about time for another one of these posts about Monzo, eh? Ever since I wrote about joining Monzo as part of their Customer Operations team, and my subsequent post about my first year at Monzo, I’ve had a metric ton of people reach out to me. This is awesome. Recently, I’ve even interviewed some folks for positions at Monzo who have casually mentioned they’ve read my blog. (Hi! I wish you all the luck in your application.)

A lot can happen in a year. From the last time I spoke about working here, this company has exploded. Gonna hit y’all with some numbers: I joined this bank when there were about 250+ employees. There are now over 1,500+ people working for Monzo. We’ve also just hit four million customers.

Since I last spoke to you, I went from a customer operations agent, to leading the Monzo calls customer service function, to becoming their Customer Operations Ongoing Training Lead. As exciting and joyful as that is, growth also comes hand-in-hand with pain.

In a place where the only constant is change, where most things are learnt the hard way, where everything you do feels end-of-the-world important ﹣ I feel like I myself have been irreversibly changed. Now, I hold my hand up and say impostor syndrome stops me from absolutely confirming I’ve changed for the better. (You’ll have to ask my direct reports that question with me out of earshot.) However, I do feel I can look at my work and my career to date with a different set of eyes. 👀

To continue what I hope to be a long lasting, hilariously delayed yearly tradition (I had my second work-a-versary in October 2019), here are three key lessons I’ve learnt during my second year at Monzo.

Lesson one: Communication needs to be mindful and purposeful

I now manage two (utterly brilliant) people (shout-out to Valentina and Katy!) I have a specific role within my team that requires me to speak to many different people across the business.

Internal communication gets complicated in a company of this size, and we grew so heckin’ quickly that speaking to each other got a lot harder, a lot faster.

What I’ve learnt here is to be super mindful about how I communicate, and how I delegate. A while back I had the utter pleasure of attending a team management course by Debbie Danon. One of the best things I took away from that was: if you give someone the instruction, “Cook an egg,” you’re going to get wildly different results if you’re not specific enough. 🍳

Scrambled. Poached. Someone might even get really extra and serve you huevos rancheros. But it might not have been the egg you were holding in your mind when you asked for it. 🥚

Simply, tell them you want two poached eggs this morning. With a little salt and pepper, runny yolks being the non-negotiable feature… and that you want those kind of eggs because they’re healthy, and therefore your favourite.

Now there’s the interesting bit. Because they’re your favourite. Why would that matter? Let’s say in this hypothetical kitchen, your team are juggling many different orders at once. Wouldn’t it be nice for them to have the extra context, so they can prioritise? So they have a reason to care?

I fully believe that communication has to be really practical, but it should also be balanced with purpose and emotion. Tell them why. It’ll make all the difference in the world.

Actionable tip 💡
When you’re doing some written communication, use the SMART structure: specific, measurable, actionable, relevant, and timely. Not all communication needs to follow this structure, but by damn does it help give your thoughts some coherence before you confuse someone else in your team with garble, like I did before I started analysing the way I gave instruction.

Lesson two: Mistakes will be made, but you are responsible for your own learning takeaways

Folks, I cannot tell you how many times I’ve royally f*cked it at work. I have a few key mistakes that stick in my head:

I expect there are many more: not prioritising things correctly. Telling someone news they probably shouldn’t have heard from me. Using the wrong Slack channel to talk about a problem. That’s irrelevant really. None of these matter in the grand scheme of things unless I did something about them. Everyone should be empowered to reflect and unpack their mistakes. I certainly did for the main three above.

Everyone goes on their own learning journey. The best thing you can do is draw your own map and mindfully go the way you want to.

Suggested exercise 🤔
Find a thinking partner at work you can trust. Both of you bring a ‘work mistake’ to a thirty-minute session (over a beverage of your choice). Go over the scenario, and be as detailed as possible. Note what went well, what you think didn’t go so well, how you felt. And in the end, work with your partner to figure out what you learnt from it.

It’s important you don’t do this alone! Having someone else’s perspective is key. When you’re listening to your partner share, point your knees in the direction of their knees. Keep eye contact. Listen and react. Let them have the space to share.

Lesson three: When it comes to feedback, default to kindness, not niceness

What is the difference between being nice and being kind? Well, being nice is holding back what you actually thought about Ryan’s proposal in the meeting. You held back even though you think it was rough, at best.

Being kind is taking Ryan aside and saying, “Hey, I think you have the bones of an idea. If I have your permission, I’d love to chat to you about how we can refine this, because I am concerned you don’t have enough people to be able to make this happen.”

This isn’t a new thing. The people behind Radical Candor have the perfect word for it: ruinous empathy. When you’re trying to not hurt someone else’s feelings, so you omit truth, or sometimes even outright lie to avoid an awkward situation.

I spoke about Monzo’s great feedback culture a year ago. But here I want to unpack why this is so important: we don’t get anywhere by being nice. We don’t get anywhere if we don’t tell people why you think something is not going to work. Why do that, and watch them not do it as well as they should, or even fail when trying to make it happen?

The kind thing to do is to give feedback, with permission, and with as much kindness as possible. If you were to receive this feedback, how would you feel? What would you want to know? What would be helpful?

And for those of you who are terrified of getting constructive feedback, hey, it’s hard. You also have to give others the permission to be able to do this for you. Ruinous empathy applies to the self too, in the sense that it’s easy to be like, “I think that was maybe good enough? But I’m too scared to ask people for their opinion just in case they thought it was sh*t.”

Open your heart and mind to different perspectives and opinions. You might not necessarily agree, but you can have a healthy debate about it. Your relationships with your colleagues can only benefit if it becomes a safe environment to practice kindness through feedback.

Find a colleague you’ve worked with in the past. Ask them for consent for you to give them feedback. Give them two bits: something reinforcing, something you’d like them to continue doing because it’s awesome. And something constructive, something they maybe aren’t doing yet, or aren’t doing enough of. Make sure that both pieces of feedback have an action point: a suggested thing they should do on the back of the comment.

Open yourself up to the same in return.

Give each other the feedback in person. Remember the knees.

So, we’re hiring! Both for someone to be my new manager ✨ and someone else for me to manage. Essentially, it’ll make a Brenda-sandwich. Not sure if that’s enticing or off-putting, if I were to be completely honest.

If all of this sounds like it’s up your street, these two positions are in my team:

I’d genuinely love to hear from y’all. What else do you want to know about life at Monzo? Sound off in the comments, or hit me up on Twitter @brendaisarebel.

3 lessons I’ve learnt after my first year at Monzo

Why I’ve left Monzo after three and a half years 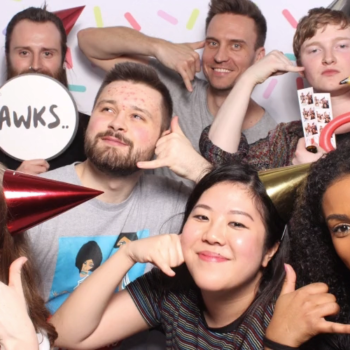 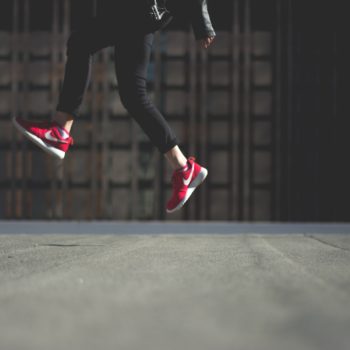 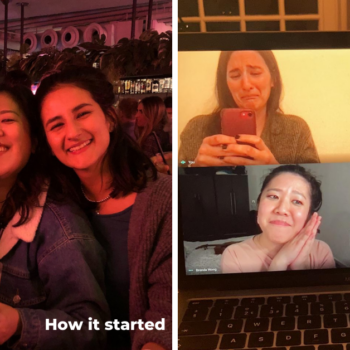 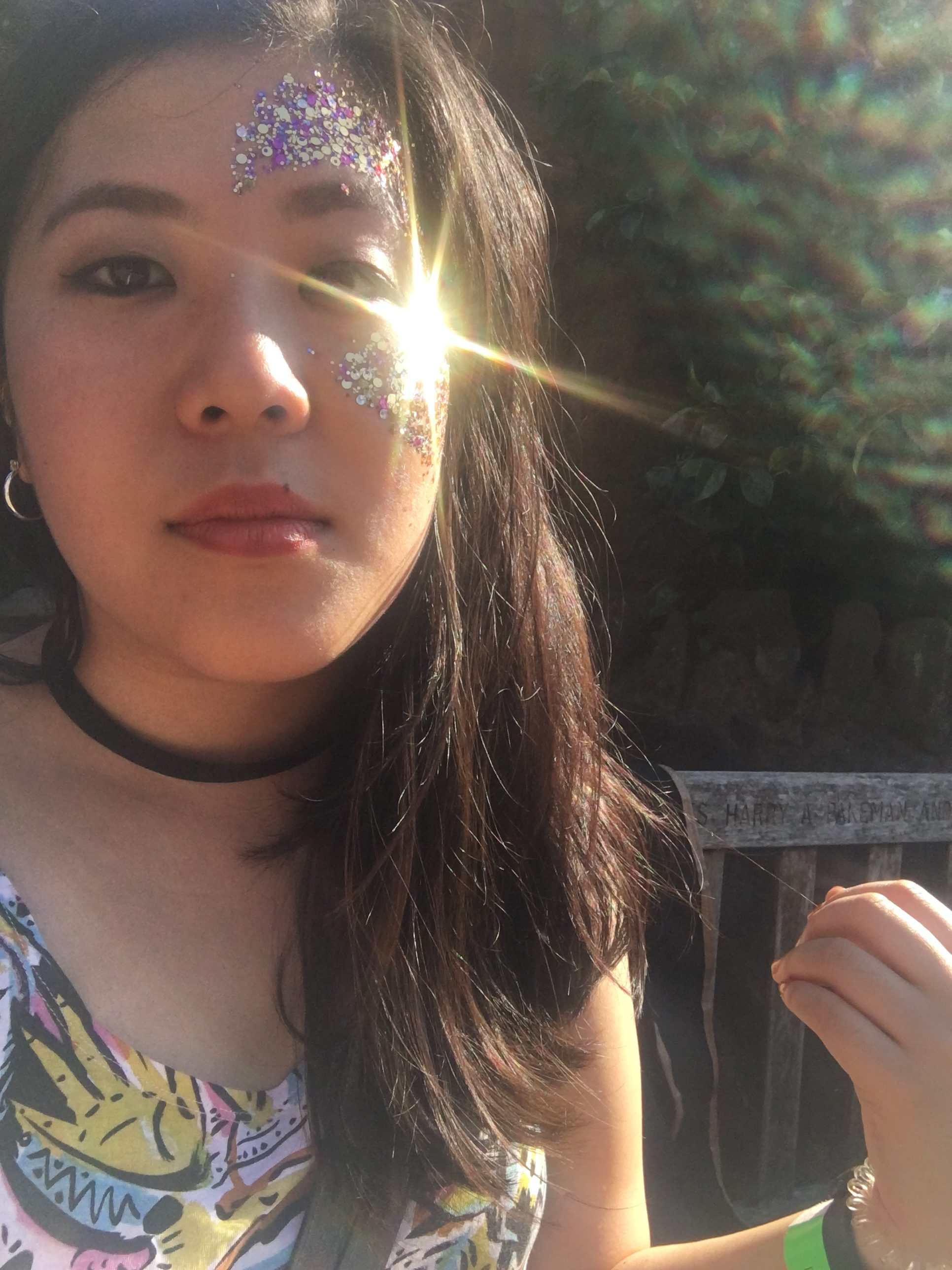